Witchcraft: The Doll in Brambles

Happy Halloween! Or, if you don't celebrate, happy Tuesday! I have something I hope you will consider a special treat today. I added Franchot's opening and closing segments of Witchcraft to Youtube.

Witchcraft was intended to be a weekly anthology show, much like Twilight Zone and The Outer Limits, with a horror and witchcraft theme. Franchot was to host this series, but the pilot episode "The Doll in Brambles" never aired and so this unique television opportunity never came to pass. I've seen the dates 1958 and 1961 attached to this pilot, but, to me, Franchot looks much younger here than he did in those years. I feel like there is no way this was shot in 1961, because this is a 1950-1955ish looking Franchot here. It's possible it was 1958, but even that seems a little too late, compared to photos of Franchot in that year.

Franchot is a perfect fit as host of this series and it's too bad this did not become a regular hosting gig for him. He has the elegance, intelligence, and perfect, shall we say, tone to be a trusted host that you return to each week for another night of entertainment. The actual story (which Franchot does not act in) is about a grandmother witch who tortures her granddaughter and has threatened to curse the granddaughter's fiancée should they proceed with a wedding. Although the main story is not quite on par with a Twilight Zone story, it is still entertaining and matches a lot of the anthology shows of the time.

Without further hesitation, here's a clip of Franchot hosting Witchcraft. Enjoy! If anyone has more concrete details about this anthology, the actual date, why it didn't air, or any information at all, I'd love to know more.

Posted by Franchot Tone Fan at 9:35 AM No comments:

In October 1957, Franchot talked to drama editor and critic Lewis Funke for Theatre Arts Monthly. Franchot explained, in detail, his reasons for filming, producing, and co-directing a version of Uncle Vanya. The play was earning phenomenal reviews and Franchot felt it was worthwhile to capture the production for eternity. I've written about the film before (here) and it is top-notch. Franchot is completely wonderful in the role. In light of his costar and fourth wife Dolores Dorn-Heft's comments about Franchot's ultimate disappointment and deterioration over the film's reception (here), the transcribed interview in which Franchot is very hopeful and eager may leave you with a tinge of heartache for him. When it was released, the film received rave reviews from critics, but failed to be a commercial success. It cost Franchot a lot of money and he was saddened that his performance didn't garner any awards or individual acclaim. Although Franchot could see that films were changing and was absolutely correct to see that it was the right time to create an art-house film for intelligent audiences, he failed to foresee that audiences would even more heavily embrace a film like Uncle Vanya as time went on. He was ahead of his time in a lot of ways. Uncle Vanya is now on DVD and is praised for its nuanced performances. I think Franchot would be pleased and proud that Uncle Vanya is now out in the world in the hands of those who appreciate it. 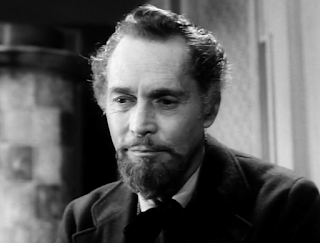 Here's what Franchot had to say about this endeavor in 1957:

You might say that I was driven by a wish to immortalize our production. I don't know exactly when the wish was born, but I do know that once it was, I could not put it away. I kept thinking what a shame it would be for the play to end just because it had run its course on Fourth Street. It was so good, the ensemble playing was so superb, and Stark Young's translation was so beautiful and fresh that I couldn't put the thought out of my mind.

Then suddenly it occurred to me that the play could and ought to be put on film just the way we were doing it on the stage, with some changes, of course, to avoid the danger of its becoming a static thing on the screen. That, you know, is the great pitfall in trying to make an exact copy from the stage. 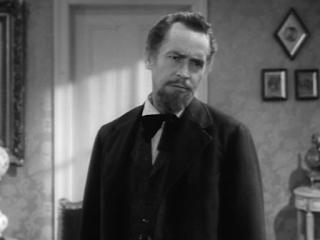 Up until comparatively recently, of course, the idea of putting a play such as this on film would have been pretty foolhardy. The market potential would not have warranted the financial risk. But there has been tremendous growth of the art-film houses throughout the country which can only be attributed to the maturing artistic taste that is everywhere notable among our people. There was a time when you could count the number of art houses in New York on one hand, and the number throughout the country was equally minute. Although there are no firm figures at present, it is estimated that there are now over four hundred of these little houses across the country catering to that discriminating clientele that is seeking better and more intelligent fare than they can find on their television sets or in their neighborhood movie palaces.

But even with this knowledge, I still was not in a position to take the risk until I had really professional advice. I called upon my old friend Arthur Krim, who used to be the lawyer for the Group Theatre when I belonged to it, and who now is the president of United Artists. He saw the play and assured me that with the proper budget, I might hope to break even and perhaps make a little money. That did it. 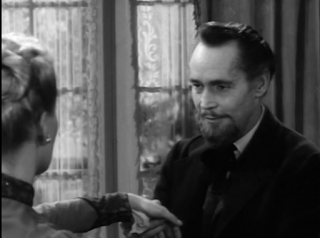 We didn't want to have anyone else's mind or anyone else's creativity super imposed on or interfering with the play. We realized that for a motion picture it would be necessary to get more action into the telling of the story than there was on the stage. But we felt that whatever action we wanted we could get from the play itself. By following Chekhov's directions and his writing we could move the action around up a staircase, around a room, in the garden. This we believed would be sufficient to give the film the necessary fluidity.

Yes, there have been a few cuts. But I don't think anyone is going to really mind those decisions. They have been made only where we found that Chekhov was somewhat repetitions. For instance, playwrights have to contend with intermission and when their plays resume they are bound to reiterate exposition points. This repetition has been eliminated because in pictures once you've made a statement you can believe that the audience will not forget it. 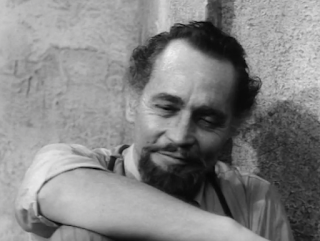 It's one of the biggest gambles of my life. But I cannot recall when I received more gratification from an undertaking. This is the first time in America that anyone has put Chekhov on film. Call it a great financial risk, a noble experiment or what you will. But if we've succeeded in duplicating what we had on 4th street, there will be no greater thrill for me. It surely would have been a terrible waste to lose forever George Voskovec's Uncle Vanya, Clarendon Derwent's Serebriakoff, Geraldine Hiken's Telegin, Mary Perry's Marina, Peggy McCay's Sonia and Shirley Gale's Maria Vasilievna. And, although we have lost Signe Hasso's Elena, we have Dolores Dorn-Heft, giving what I think is another beautiful portrait. Who knows? We may wind up among the archive films of the Museum of Modern Art.


represents the only play by me to be professionally produced on Broadway in more than ten years. I have every hope and very nearly every reason to believe the play will be effectively performed by an excellent cast...


The acting is out of the top drawer. As the central character, Mr.Tone plays with a dry detached geniality that establishes the right relationship between the environment and himself, and that admirably avoids sentimentality...It belongs on the stage where it is alive, unique and delightful.

Maurice Zolotow called it a "beautiful play whose lines are filled with a tender and warm feeling for language, whose people are real and moving." Zolotow praised the acting of cast members John Carradine, Wolfe Barzell, Myron McCormick, Fred Kareman, and Paula Lawrence. You'll notice an important name missing from that list. Zolotow confessed:


Every human being has one blind spot, and I confess mine is Franchot Tone, the Joe of this revival. I have seen him in many roles and I know it is irrational to say this, but he has never convinced me he is the person he is playing.


During the run of the play, Franchot's romance with heiress Gloria Vanderbilt added extra publicity for the production. Vanderbilt's small role in the play was being highly publicized during the time and she and Franchot engaged in what she termed a "transient" relationship. You can read her thoughts on Franchot here.

During the run of the play, Franchot and Gloria made a special television appearance on The Colgate Comedy Hour on January 23, 1955. I've not seen this appearance but their scene was summarized as "Franchot Tone and Gloria Vanderbilt in "In the French Style." The episode was hosted by Gordon MacRae. Other guests on the show that evening were Paul Winchell, Ronny Graham, Joyce Bryant, the DeMarco Sisters and the Mayo Brothers.

1958 production
Although The Time of Your Life never did a full Broadway run, fans had another opportunity to see Franchot in the role of Joe. Three years after the first production, Jean Dalrymple secured Franchot Tone and actress Susan Strasberg for a weeklong engagement of The Time of Your Life at the Brussels World's Fair in Belgium. Also in this production were Dan Dailey and Ann Sheridan.

The play opened to an audience of 1,150 socially prominent citizens (attendees were listed as commissioners and ambassadors) at the United States Pavilion Theatre on October 8, 1958. Belgian reviewers gave the performance high praise and the cast received eight curtain calls on opening night.

This special event led to the play being filmed for television in Britain. The production aired as a presentation of Armchair Theatre on October 19,1958. I'd love to see this. I feel like it would be equivalent to seeing Franchot in the filmed version of Uncle Vanya. Viewing Franchot in his element as Astroff in Uncle Vanya is a serious and emotional experience for me and I think that seeing his performance of Joe would have the same effect. I don't know if a recording even exists of The Time of Your Life, but I hope if there is, it'll be released someday.

Unless otherwise noted, all images are my own scans from my collection or screenshots. All film summaries are my own.

Thanks for stopping by! :)